The Upside of Being Positive

One of the hardest things about being a startup founder is staying positive in the face of constant, and often intellectually exhausting criticism.  The most depressing part is that while it's terribly easy to poke holes in almost any business thesis, it is much more difficult to explain why, exactly, tens of millions of people will eventually love the product you and the team are working on - especially if it hasn't yet been built!

So what can be done to turn the screws on the shrews?  The solution, it turns out, is surprisingly simple.  Please follow along with me, dear reader, as we focus on the upside of being positive.

Let's look first at the cost of being "successfully negative" - to the point where all positivity is drained from a startup business by the constant effect of a nagging spouse - or a regretful investor - and the founder simply gives up.   At this point, what has been lost can be quite easily tallied in actual dollars spent up to the breaking point.

What about the opportunity cost?  I prefer to think in terms of opportunity value - cost is a budgeting concept. Value is what happens when a positive person intersects with a negative situation (hence "value investing'.)  Opportunity value is what we, as investors, need to be focused on.  And while it might seem obvious that you simply can't get to positive territory by being 100% negative, it's unfortunately not obvious to everyone.

Sometimes, when startups start getting behind on their numbers or product releases, or start burning through more cash than planned, inexperienced venture investors react by demanding massive cost savings - and implementing hiring freezes, market closures, slashing of marketing budgets... not realizing that such "savings" could well have approximately the same effect on their startup as the European austerity program has had on Greece.

Of course some savings can be sensibly applied - but ideas like "pulling back" and focusing resources on a smaller market, rather than pushing for a leadership position... a decision of that magnitude may be irreversible from a standpoint of market timing... and needs to be considered very carefully.  Actions like these may ultimately cause far greater losses for investors than helping the company cross the chasm.

Most venture guys are experienced enough with go-to-market delays that they will simply work with the management team and help them figure out a way through the storm.  They know that the cost of negativity almost always maxes out at the total investment... whereas the value of the upside can return a huge multiple of the capital invested.  They understand the upside of being positive.

So there's your argument: the cost of negativity is seldom more than the total capital invested.  The value of being positive is potentially significantly greater, sometimes a hundred times as much.  So next time someone suggests you cut your marketing budget, or stop hiring, or cut back on inventory or technology development... tell them it's time they thought about the meagre savings afforded by negativity versus the massive upside of being positive. :-) 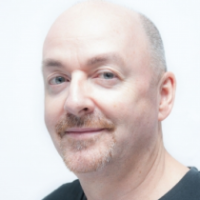