At Hatcher+, we are laser-focused on early-stage venture capital and using data to improve likely returns for investors.  However, this weekend, I took a break from our regular focus to look at the spread of COVID-19, the disease caused by the novel coronavirus spreading throughout the world.

I wanted to compare the trajectories of different regions and the progression in each over time, relative to the first reported confirmed case is each region.  Although there are many confounding factors, the general comparison still seemed useful.

I downloaded data made public by the Johns Hopkins University Computer Science and Engineering team.  They have nicely cleaned data published every day.  They also have an excellent dashboard with more information at https://coronavirus.jhu.edu/map.html.  It is disturbing just seeing how out-of-date 12-hour old data can seem.  I’m used to data spanning years, where a few days latency makes little difference.  Please assume any errors or discrepancies from their data or dashboard are on my end.

This analysis, while very early, seems to show that the story will likely be very different in different areas, due to combinations of policy, timing, and other factors.  That said, aggressive early testing and suppression methods appear to work when applied across a region.  It is still unclear how well ad hoc or later application of various policies will alter the trajectory in a region.  It seems likely it doesn’t work as well.

The first group of charts shows the global view.  These show data from January 22nd forward, which appears to be when this data publishing started.  At that time, 492 cases had been reported, and they all show up here on day 1.  To correct for apparent reporting lags, I’ve smoothed all values in these charts by averaging with adjacent days. Mainly when numbers are small, this makes numbers look different than other published data.

The leftmost chart shows the total cases in blue and the daily new cases in red.  The next chart shows the daily new cases in blue and the ratio of new cases to the previous day’s total in red.  This gives a closer view of new case development and shows the intensity of spreading or testing levels on the cumulative confirmed cases.  The right two charts show the number of deaths reported per day and the number of recoveries per day, respectively.

The next two charts show the same information for a sample of countries.  I apologize in advance if a country of interest to you isn’t included.  I chose a selection of different stages and trajectories, and of course, included our HQ country of Singapore.

The chart below shows data for China, Italy, and the United States.

A key point to look for in a country’s chart is the inflection point.  This is the point when cases stop growing exponentially, as happens initially for disease with R0 greater than 1 (number of people each infected person infects). Compensating factors, such as increased social distancing, increased cleaning and hygiene, possible herd immunity (natural or vaccinated), increasing active infections, and deaths, all can reduce the growth rate of new infections.

The measures that drive a country through the inflection point must be tailored and managed to continue the process for some time, as the earlier the exponential growth was averted, the more potential it has to return (unless immunity through a vaccine or contracting the disease is the cause).  On these charts, it is very clear China passed the inflection point for its first significant wave and hopefully has the worst behind them.  South Korea looks to be on a promising trajectory.

We feel sadness for all those afflicted and affected to date and those to come.  We hope you find this informative. As we update or add charts, we’ll update this post.

We wish you the best. Stay safe and healthy! 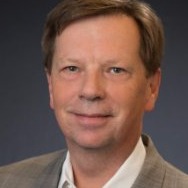