The Gender Gap Could Soon Be History. Thank Biology.

In the US, less than 20% of software engineers - and computer science graduates - are women.  But women in the United States earn 25% more degrees than men (*1,098,173 - compared to 816,912 for men) - so if women are not studying computer science, what are they studying? And what are the implications for the next wave of female-led startups and VC investors? Let's take a look at the data.  Check out the chart above.  What you're seeing illustrated in this graph are higher education graduation rates by gender and major for the 40 years leading up to 2010.

In virtually every area of higher learning (with the notable and possibly singular exception of Computer Science), the number of degrees earned by women has been steadily rising - and for some majors, rising dramatically.

In the healthcare professions and public administration, women now make up more than 80% of the degrees earned.  In education and psychology, almost 80% of grads are women.  In social sciences, the arts, history, languages, communications, and journalism, 50% or more of graduates are women.  40 years ago, there were almost zero female engineers - now they comprise 20% of engineering grads.

Now it's true that software startups currently pull in a disproportionate amount of VC investment dollars.  But things are starting to change.  After nine years, Marc Andreessen's famous quote ("Software is eating the world") should perhaps be rephrased in past tense.  Because software has not only eaten the world, it is well down the path of eating itself.

Computer science grads have brought us amazing tools over the past thirty years in the form of semiconductors, ever-more-efficient (and portable) hardware, and software applications.  But today, those tools now enable non-programmers to build deep learning algorithms, design web sites and data visualizations, and build mobile apps - without knowing a lick of code.

Why?  Because software engineers are now in the process of enabling software to eat the jobs of the programmers themselves.  The HTML web site hacker?  Dead.  Semiconductors?  Commodities.  The companies designing data visualizations and dashboards and more efficient systems to run your algos on?  Locked in a price war.  Open source, community-managed software?  Pretty darn amazing - and available at low to no cost.

We can argue about how fast or slow investors might be moving away from investing in traditional areas like hardware and software, but based on what we're seeing in our deal flow at Hatcher+ (and on the news, and on the Weather Channel), there are definitely some interesting and profound shifts underway.  More and more, startups are focusing on large-scale key needs in the areas of environment, life sciences, biology, healthcare, aged care, education, agriculture, clean energy, psychology (and mental health), air and water pollution, and government.

Where will these ideas come from?  Who will generate them?  And who will have the expertise necessary to execute these new business plans?  Based on the chart above, in the coming years, the odds are that the gender gap will begin to shift - possibly to the benefit of those women who chose to pursue a major other than computer science. 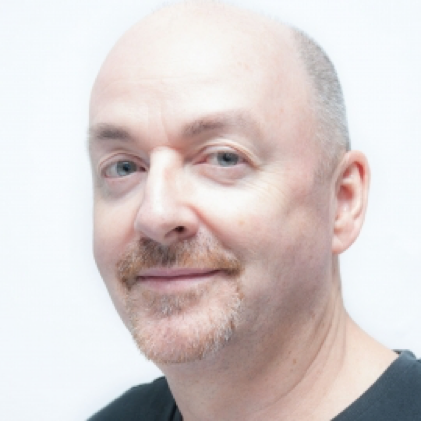